Are you craving a 42-minute summary of my just-completed trip to West Virginia? Well, you’re in luck! Just click PLAY and you’ll be into it. Highlights include GPS trouble, a memorable detour, hot baloney, hobo dinner, Red Lobster, Cracker Barrel, another tour of my hometown, a baffling new resort they’re building, many game shows on TV, and a pilgrimage to the Mothman statue.

MISTAKES I NOTICED: I don’t know what’s going on… but I’m now making a lot of errors in these episodes. It’s concerning to me, but I blame it on lack o’ sleep. Am I fooling myself? In any case, I screwed up in this one right out of the gate when I said I went to Arby’s for breakfast sandwiches as soon as I left my house. Arby’s? Why did I say that?! We don’t have an Arby’s near us, and I don’t even know if they serve breakfast there. And I repeated it, over and over. WTF? It was Burger King. I hope it’s just lack o’ sleep. That’s got to be it, right? …Hello?

The giant resort they’re building near Milton, WV
A good article about the future resort and history of the property
An article about Hot Bologna, including the famous Dunbar recipe 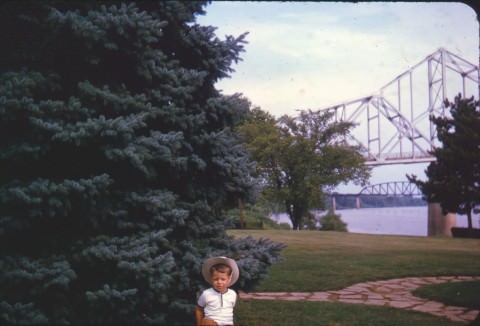 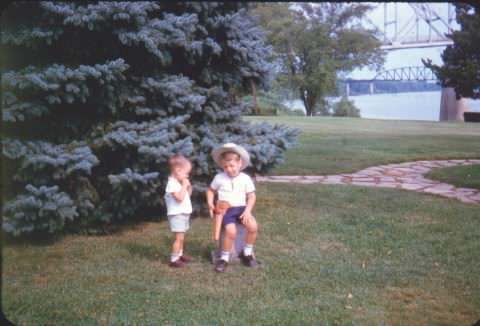 A couple of photos taken by my grandfather in (we’re almost sure) 1966. That’s me in the cowboy hat, and my brother. You can see the Silver Bridge in the background, which collapsed in 1967. It was the “deadliest bridge disaster in U.S. history.” This was tied-in with the Mothman legend, and it’s all very strange. 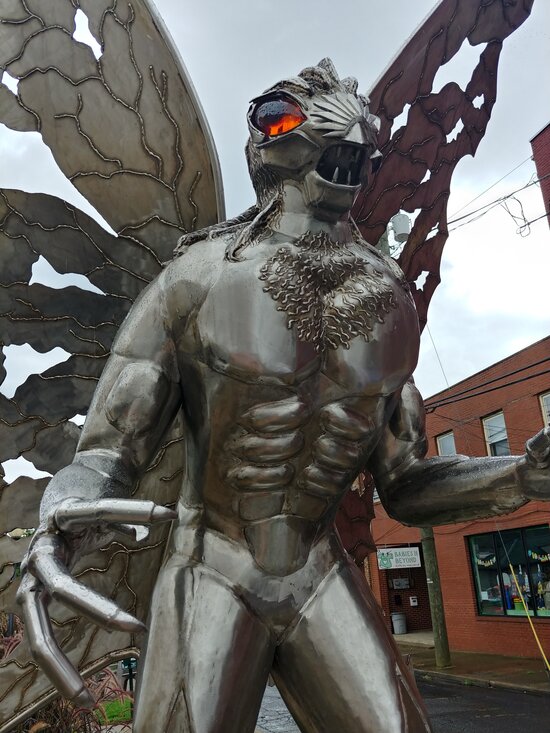 This is the Mothman statue located in downtown Point Pleasant, WV. I took this one last week. My parents were not impressed by any of the Mothman stuff. “It’s stupid,” was their succinct appraisal. 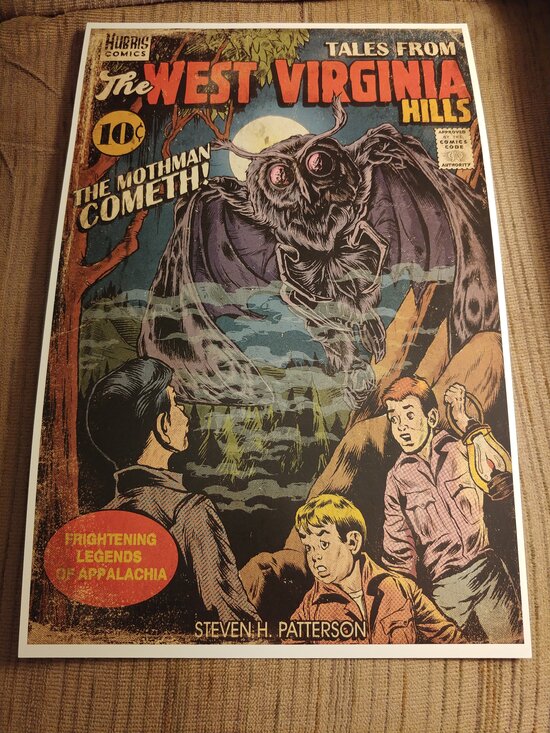 This is a small poster I purchased in the gift shop of the Mothman Museum. They had a bunch of similar posters, created by various artists. This is the one I liked the most. 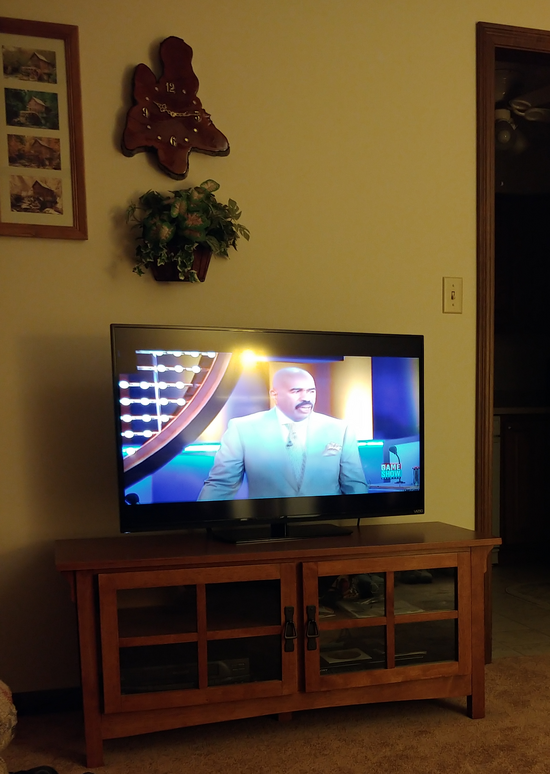 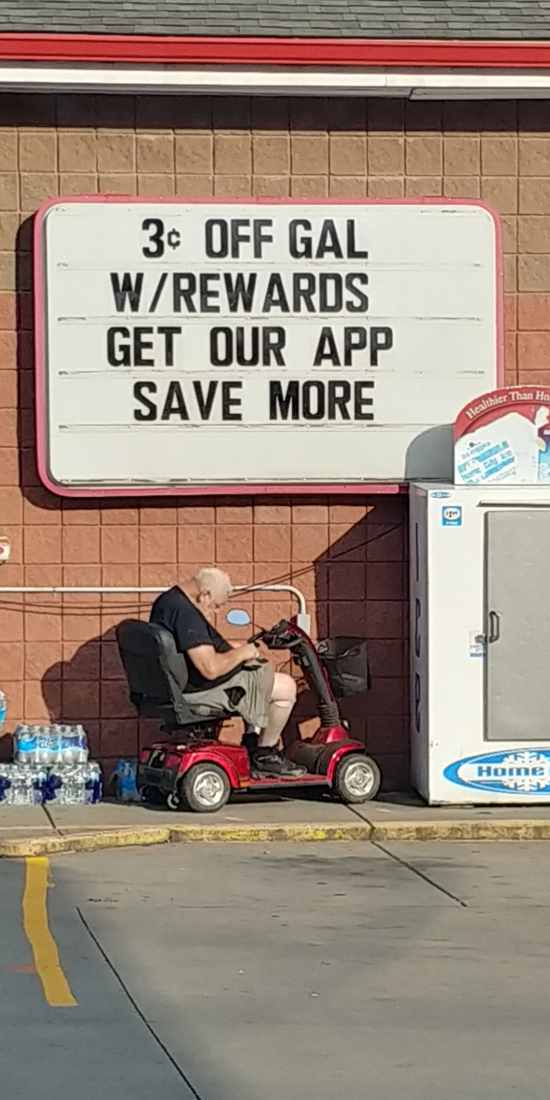 An interesting shot I took while my dad was buying gas in Nitro, WV. Who the hell knows? 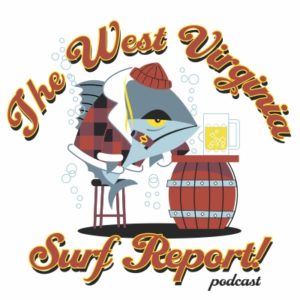 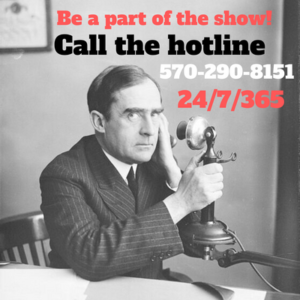 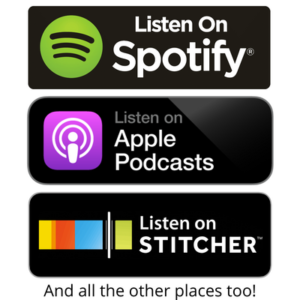